The Politics of Diversity Governance in European and Asian Cities 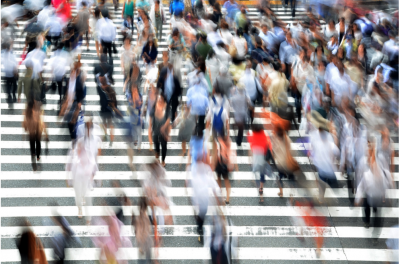 The workshop is jointly organized by the Université Paris Cité and the National University of Singapore (NUS) ;and is being hosted at the Maison de la Recherche de l’Inalco (Paris).

This workshop is part of the UPCité-NUS project ‘Governing Diverse Cities in Europe and Asia’. This project explores comparatively the challenges of governing increasingly diverse across Europe and Asia. Changing migration patterns have led to the rise of an urban migrant population that is transnationally connected and socio-economically differentiated (Vertovec 2015). This context has challenged pre-existing models of management of urban diversity. Recent developments in Europe and Asia have put under test the national models of diversity governance and shown the necessity of a renewed reflection. Asian cities, with their rapid growth, are driven by a need to attract cheap workforce and skilled labor (Yeoh 2004). They have been confronted with rising patterns of urban exclusion and have had to come up with new tools for cultural inclusion. European cities, despite their long tradition of welcoming and integration are confronted with new challenges, as they host populations from an ever-increasing diversity of cultures, and with highly differentiated statuses and needs (Vertovec 2007). European cities, which have traditionally approached urban diversity governance through the lens of the assimilation of foreigners within a uniform national culture, have had to reinvent themselves as spaces intercultural interactions.

This conference follows a first workshop that took place in May 2022 in Singapore, to advance knowledge on urban diversity governance from a cross-disciplinary and cross-regional perspective. It brought scholars in migration studies, urban studies, political science, sociology, geography, anthropology, and other relevant disciplines to discuss convergences and contrasts across Europe and Asia, and identify emerging challenges and patterns of diversity governance. Over the course of the first workshop, we uncovered key actors and power dynamics of urban diversity governance by focusing on three articulated topics : urban settlements and diversity management, the effects of urban policies targeted at migrants and minorities and on urban inclusion/exclusion, and the distinction that can be drawn between ‘hostile cities’ and ‘cities of refuge’.

This first workshop confirmed the premise of the project about the need move beyond thinking diversity governance through traditional nation-centric and top-down framework, and instead approach it as the result of a conjunction of actions of multiple urban actors. This Paris workshop will have two aims : 1) pushing forward comparative thinking across European and Asian cities. 2) Advancing our understanding of the actors of diversity governance.

One line of thinking that we propose to explore is the relation between urban entrepreneurialism and diversity governance. The link between diversity governance and urban entrepreneurialism has been developed in the literature that puts forward the influence of neoliberalism on urban policies and politics. It highlights the influence of urban growth coalitions in the commodification of urban culture (Zukin, 1999), on the diffusion of diversity management models (Raco, 2019), and on social polarization in globalizing cities (Sassen, 2006). But instead of taking urban entrepreneurialism as a homogeneous model of diversity management generating similar patterns across different contexts, our goal is to discuss how different forms of urban diversity entrepreneurs coexist, analyze their frictions and trace their contributions to diversity governance. During the first workshop in Singapore, we encountered a wide variety of figures of the urban diversity entrepreneur : from the urban leaders that instrumentalize diversity to promote their cities to civil society activists that combat urban exclusions ; from the private actors that promote diversity management to build an attractive image, to migrants who strive to fulfil their aspirations by navigating complex institutional frameworks, and mobilizing their networks.

This approach allows understanding the governance of diversity as a pragmatic negotiation. The workshop will discuss successively different types of diversity entrepreneurs to discuss their role in shaping diversity governance in their city. In particular, we will discuss their role in processes of categorizations of urban populations, in the management of urban spaces, and in logics of exclusion and inclusion.