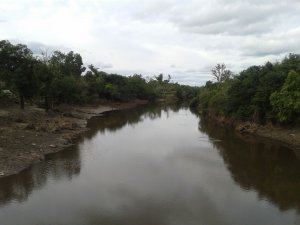 "An inter- and trans-disciplinary framework based on a European-South American research cooperation is proposed to underpin climate services in South America. Climate variability patterns linking the South American Monsoon region, including Amazonia, with southeastern South America,influence climate extremes and impact several societal sectors. More than 200 million people live in the region that is one of the world largest agricultural producing region and where the second world largest hydroelectric power plant is situated. Besides recent progress, further efforts are needed to better understand and predict regional climate variability. Project objectives are :

1) to better understand the combined role of remote andlocal drivers on South America climate variability from sub-seasonal to decadal timescales, and its impact on the occurrence and intensity of extremeevents. Special focus will be placed on an improved understanding of the effects of land use changes from the Amazon to the subtropics and their impact on extreme precipitation events ;

2) to assess the predictability levels associated with regional climate pattern from sub-seasonal to decadal time scales ;

3) to develop innovative regional prediction tools not only of climate variability but also of climate impact on both agriculture and hydrology in SSA on subseasonal and seasonal time scales ;

4) to analyze climate knowledge co-production in order to revise how climate data are used by various stakeholders in their socio-cultural contexts ; and

5) to analyze communication conditions of interdisciplinary and trans-disciplinary process of knowledge co-production that determines the usefulness of climate information in the process.Innovative technologies will be codeveloped to produce products and tools by the project for the SSA-RCC, agriculture and hydropower sectors. The project will be implemented in the context of the southern SouthAmericaRegional Climate Centre, and will include actors from the national meteorological services, agriculture and energy stakeholders and org"