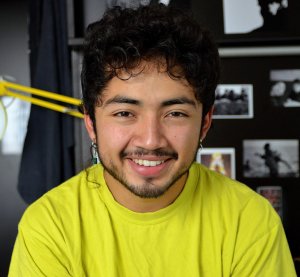 The following research proposal deals with the Haitian migration to Chile that increased considerably since the earthquake of Puerto Principe in 2010. With a population located mostly in communes on the outskirts of Santiago, the research will focus on neighborhoods of the commune of Pedro Aguirre Cerda and Quilicura. Locations that, despite being far from central areas of the capital, have a tertiary labor market, low rental prices due to land degradation, and the existence of support networks and meeting points generated in part by the pioneers that arrived almost a decade ago.

In this area, children and adolescents of Haitian parents are inserted in an environment characterized by the lack of interaction between classes, and a marginality promoted by the commodification of a territory where the elite is the only one able to choose where to live. In this way, the dynamic processes within the neighborhood, where identity, collective memory, space and knowledge are combined, will impact on the development of children in the medium and long term in a context of encounter between natives and foreigners. Ergo, this research proposal will be guided based on two research questions. First, what are the areas within the neighborhood where interaction points and meeting points are generated, where spaces of alterity arise between native and foreign children in the periphery ? And second, what are the dynamics that are generated within these meeting spaces, where the figure of the other is present, and that will define the process of appropriation of the territory ?

The proposed methodology is mixed in nature, where participatory / ethnographic observation and semi-structured interviews will be the means to gather information. The places defined to perform this task will be the La Victoria school in the district of Pedro Aguirre Cerda and Quilicura. The observation will be delimited to a radius to be defined around schools with students living near these establishments. In this way, it seeks to unveil the environment in which children spend their time inside the neighborhood. As a technique, discourse analysis will be used, in order to find and subsequently codify the central elements in children’s daily life and how they are affected by this segregation. On the other hand, the life experiences of children and adolescents will be considered by listening to their own stories. This way talking “about” children without taking their opinion into account will be avoided.