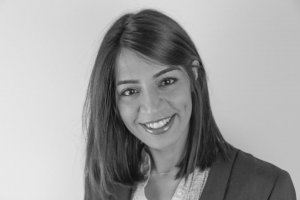 My on-going research project (2017-2018), which is a short-term collaborative research funded by University of the Sunshine Coast, Australia, is an interdisciplinary project that examines the interdependent relationship between village communities in Small Island Developing States (SIDS) and the environment, in Vabea village in Fiji. The research will lead to a comparative study, drawing on findings from Fiji with similar field research conducted in villages in western Maharashtra, India. I also have a developing research project on economic liberalisation and the formation of the rural middle classes in northern Tamil Nadu, for which I am currently seeking funding.

I started my academic career as a physicist but then moved to social sciences. I recently completed my doctorate in Economic Sociology at King’s India Institute, King’s College London (2018), under supervision of Barbara Harriss-White and Christophe Jaffrelot. My doctoral research, ‘The Rural Middle Classes in India’, examined the formation of the rural middle classes in the period following economic liberalisation. The doctoral thesis was based on 18 months of fieldwork in two villages in Pune district in western Maharashtra. I developed a theoretical approach to study the rural middle classes, engaging with three major classical theorists of social stratification and class – Marx (theorising the ownership of the means of production), Weber (access to social capital) and Bourdieu (cultural capital). Prior to my doctorate, I graduated from University of Oxford (2013) where I completed a master of science in Contemporary India.

Aslany, M. (in preparation) ‘Research Methods for Studying the Rural Middle Classes’, to be submitted to International Journal of Social Research Methodology

Aslany, M. (in preparation) ‘Human Interactions with Nature : from theory to practice’, to be submitted to Social Theory (based on a grant application from University of the Sunshine Coast, Australia)

Brincat, S. and Aslany, M. (in preparation) ‘Village Societies and Their Lived Experience with Nature : A case study of Vabea Village in Fiji’, to be submitted to Global Environmental Change (based on successful grant application from University of the Sunshine Coast, Australia)

Review (with Harriss-White, B.) of The Political Ecology of Climate Change Adaptation : Livelihoods, agrarian change and the conflicts of development, by Marcus Taylor, London : Routledge (2015), Journal of Agrarian Change (March 2019), doi : 10.1111/joac.12308